Deep, Dark Web … scary or not?

Wreck-It Ralph went to the Dark Web in his latest film.  It seemed a little sinister there, but not intimidatingly threatening.  The question remains, is the Dark Web bad? 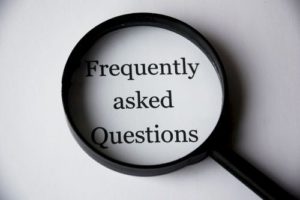 You might be wondering what the Dark Web is.

You may have never heard of the term the Deep Web.

And you may think that the Normal Web is all that there is.

If you are in the third category, it’s important that you know that there is far more to the web than meets the eye.  For instance, when you run a google search, the search engine accesses what is known as the Normal Web, which is somewhere between 10-15% of what is actually *on* the web as a whole.  The Normal Web is that part of the web that can be accessed by anyone via search engines.

The Deep Web is the next layer, or depth of the web.  It is made up of databases, content, and other web services that are not accessed via conventional search engines.  Government records and academic databases are examples of data that resides in the Deep Web. This data is searched only by users who have access to them and there is generally nothing illicit or scary in the Deep Web, although the media sometimes portrays the Deep Web as such.

The Dark Web is encrypted and is the part of the web where much illegal activity takes place.  It is the modern-day version of the black market and seemingly just about anything can be bought and sold there, from drugs to firearms to general stolen goods to tools for hackers to pornography.  Sadly, the Dark Web is the place where much human trafficking takes place. It is a place where terrorist train their recruits on how to avoid electronic footprint detection. It is a place where hundreds of thousands of dollars can be exchanged on a single drug site in the course of one 24 hour period.

You may wonder how people access the Dark Web.  There is something called The Onion Network (TOR) and this is how people create sites and use the Dark Web.  TOR encrypts all transactions that pass through the network.  This “protects” all TOR users … and unfortunately, it protects good guys and bad guys alike by hiding (encrypting and making untraceable) all activity.  TOR is easy to find and download, which means that the Dark Web is easy to find and access.  It was something that started out as a government project to protect communications and it is unclear as to whether or not the public release was intentional or not.

Although there are a few legitimate, honest people who choose to conduct their business on the Dark Web because they don’t want the general search engines to find them, the Dark Web, in general is just that:  DARK.

The Dark Web is not a place where you want to go or where you want your children to go (even though WreckIt Ralph 2 made it seem reasonable).  Certainly, it is better to stay in the Normal Web and access legitimate sites that are less likely to be involved in illegal activity than to open up the world of evil that lurks in the Dark.

This website uses cookies to improve your experience while you navigate through the website. Out of these, the cookies that are categorized as necessary are stored on your browser as they are essential for the working of basic functionalities of the website. We also use third-party cookies that help us analyze and understand how you use this website. These cookies will be stored in your browser only with your consent. You also have the option to opt-out of these cookies. But opting out of some of these cookies may affect your browsing experience.
Necessary Always Enabled
Necessary cookies are absolutely essential for the website to function properly. This category only includes cookies that ensures basic functionalities and security features of the website. These cookies do not store any personal information.
Non-necessary
Any cookies that may not be particularly necessary for the website to function and is used specifically to collect user personal data via analytics, ads, other embedded contents are termed as non-necessary cookies. It is mandatory to procure user consent prior to running these cookies on your website.
SAVE & ACCEPT
Scroll To Top